At the journalist school we had the privilege: one of our teachers was Peter Popper. Later from his student I became a sort of friend, and for two years we had a conversation every week. He ended all our encounters with a question, so I could be thinking on the answer until next week. Once he asked: Who are you, Gabi Stern? I told him something, probably, that I was a journalist but he was only laughing at my answer, as at all the other answers I came up with through the following weeks. As a last attempt I told him I was a tilde, but he was laughing even more. 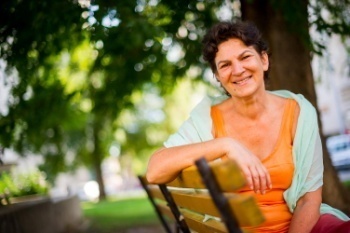 Then the desire to formulate who I am, faded away, and it rises again only at crossroads. At those times I grab Lin chi’s teachings:

“…I have been through the ten states and the realm of the ten-thousand things, I am well beyond the four-fold theorem and beyond the hundred negations yet, I cannot answer the question: Who am I? Tell me, Master, who am I?

- Well, learn that, Monk, you are who ate his porridge in the morning, then washed his bowl, cleaned his cell, swept the yard, watched the leaves floating, and smelled the balsamic fragrant of the towering cypress tree. Then came up to me and asked who he was. That is, what you are, Monk, nothing else. But this is enough, believe me. Man cannot be more.

And so I am who became a journalist, then went to India to see the world. There (among other things) taught English for Tibetan monks. Later went on teaching English for thirty years, and now wrote an English Grammar book.

Went to India again and made a film about it (titled Roots), to pass on what she had got. Then she translated the book had brought from there, the Ancient Futures, published it and is going to utilize all the she had learnt from the book for her people. In Sri Lanka she created the Serendib gem jewels, utilizing her mining-friends’ founding. And now she is ready to create a community and a forest garden – in Hungary and in Sri Lanka as well, based on Permaculture. And we will see the rest. ☺